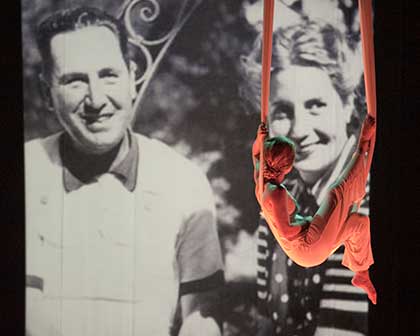 Operation EVAsion is the mostly true story about the corpse of Evita Peròn.

Following a meteoric rise to fame in 1940’s Argentina, the actress married Juan Peròn.  They were an unstoppable force not necessarily accepted by all.

In July 1952 at the age of 33, Evita was dead.  Her corpse became a pawn by military governments and exiled presidents including her husband Juan Peròn.

What followed was a 25 year impossible journey for the remains and the memory of a woman who had a huge impact on Argentinian society that rings out to today.

Told in the air by Artistic Director Annie Dugan, directed by co-founder John Ullyatt with music by Jason Kodie and lights and video by Jeff Osterlin.

Join us in Edinburgh summer 2018 at C Venues.

A doctor who physically travels into the mind of his patients is met with his toughest and most compelling case. Every person is a place, the doctor maps out your mind to discover the true source of your troubles. 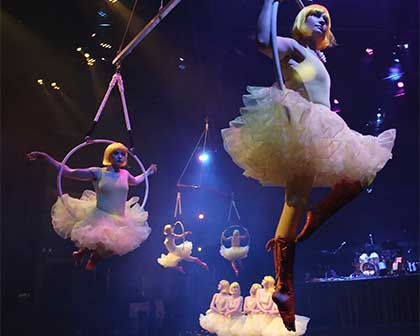 Duck Duck Bang is a quirky whimsical story about a man who desperately loves his rubber ducks. 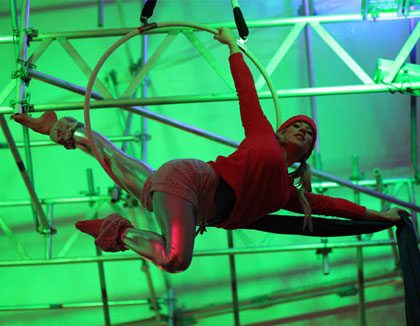 After many generations, the Elevated Ones finally meet with the Sky People, the creators of the constellations. But Little Star has never felt really a part of her family, and discovers where she truly belongs. SkyLife is Firefly’s reimagining of The Ugly Duckling originally performed at Metropolis in Edmonton. 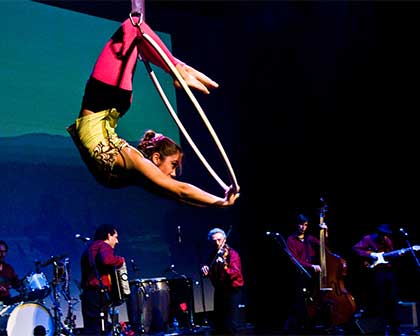 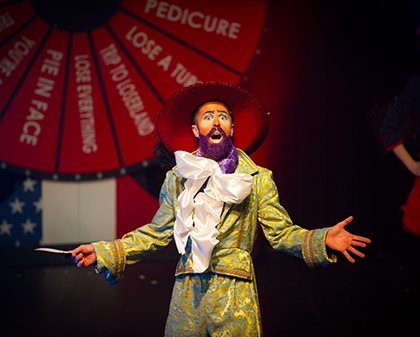 Ponce de Ponce de Panache returns as Supreme Leader of La Cité. Along with him are his outrageous cabinet ministers, a team of astonishingly strong, athletic and amazing contemporary circus artists. Turning governance into a game show, Ponce will amuse and revile you as only he can do. 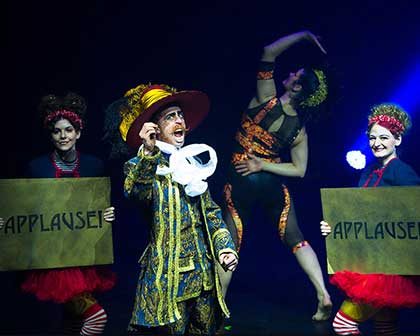 Love at first sight or the creation of the universe. Inspired by Italo Calvino’s Cosmicomics, Firefly’s John Ullyatt and Annie Dugan weave a story around the beginnings of the Universe and creation itself.

The bizarre, but factual story of the corpse of Argentina’s First Lady, Evita Peron. At 33, in 1952, Evita’s lifeless body was at the epicentre of political intrigue – wrought with danger and madness. Who had her body controlled the masses, who controlled the masses controlled the country. An epic after-life journey that lasted 24 years.